Back to Members' Stories Home Page

I was four years old in 1953 when I came down with sniffles and cold-like symptoms. The foll

Two months later I was introduced to a young physiotherapist who worked with me five days a week for one year. With strength training and increased range of motion, new neuron sprouts developed and activated – I was walking again, and my feet were growing so my shoes had to be adjusted 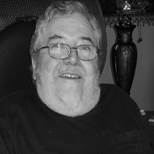 every six months. The Polio virus had taken its toll, particularly on my upper body as scoliosis developed. I had no resistance on one side as the strong half of my body pulled on the weaker side causing my spine to rotate on itself – my hips went right and the rest of my body went left.owing morning I couldn’t walk – my legs totally paralyzed. I was diagnosed with poliomyelitis, but because I had no respiratory issues, I was not admitted to hospital. This didn’t stop me from having fun - I just rolled off the couch, laughing, crawling and rolling around on the floor.

Between the ages of six and ten, I had a series of spinal fusions to straighten my spine and align my hips, allowing me to walk straighter. Despite all the trauma to my young body, and although limited, I still enjoyed an active childhood, but extended times in the hospital caused me to be held back in my school work.

As a young adult, I went on to pursue work in the television industry where I worked for 25 years. Around 1998, at the time this career was ending, my condition was deteriorating. It was then that I was diagnosed with Post-Polio Syndrome; my breathing became heavier and my legs were a lot weaker resulting in the use of one cane then increasing to two canes.

Not one to be idle, I had to do something meaningful, so I successfully studied and became a massage therapist. Two years into this new career, my symptoms progressed at an accelerated rate which finally forced me into early retirement.

I developed alarming bouts of disorientation and experienced hallucinations as my oxygen level decreased and my carbon dioxide level increased. One lung was compressed and one was expanded; my breathing was shallow and sleep very spasmodic. I was admitted to hospital where I was diagnosed with Hypercapnia - an increased amount of carbon dioxide, the waste product of respiration, in the blood. I lost consciousness, slipped into a coma that that quickly became life-threatening, and was rushed to the ICU ward where I was intubated on straight oxygen therapy. After my hospital stay I was sent home with a bi-pap machine and oxygen that I used for the better part of a year to restore my breathing, and balance the carbon dioxide in my blood.

I still have very challenging times with weakness in my respiratory system, my legs and back, and still require those precious daytime naps. “Overall, I don’t know what I would do without the loving support of my wife, Joan. Together, we enjoy our floral and veggie gardens – waiting with great anticipation to get our hands back in the soil.

(Albert’s gardening story can be read in the November 2013 issue of our newsletter which can be found on our web site.)

Albert has been an active member of the Post-Polio Network MB Inc. since the late 90's, having served as Program Coordinator for eight of those years. Albert also worked closely with past-president, David Turner, along with several other members and University of Winnipeg history students who went out interviewing Polio survivors. The stories were sent to, and are still available to read at the Manitoba Archives Building. (April 2015)